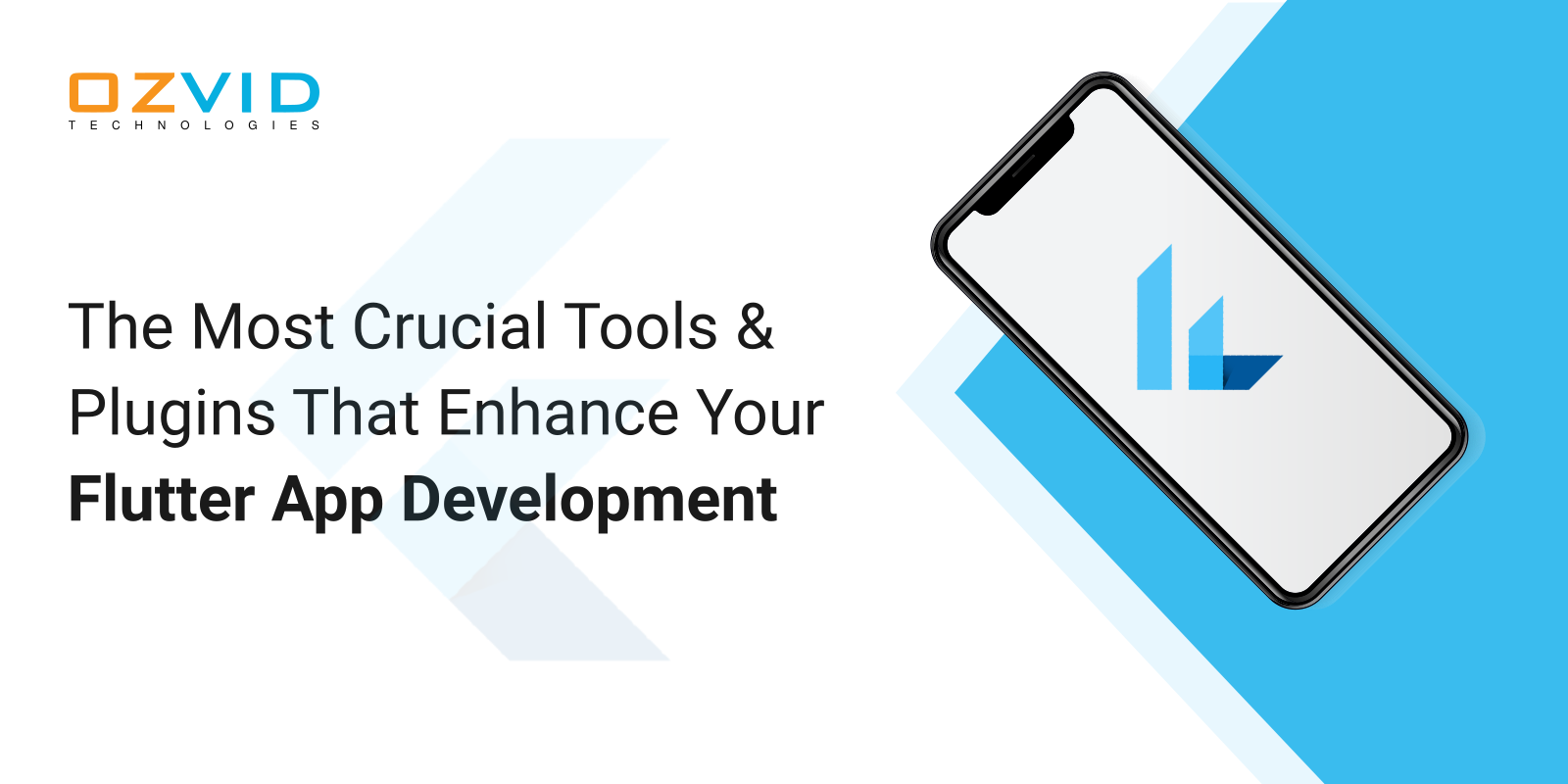 Google launched an open-source mobile UI framework in 2017 called Flutter, and it gained hype within a limited period. It is used to build native applications and uses a single codebase. Flutter matures at a quick pace and is considered one of the efficient toolkits with a fast turnaround and app release features.

Flutter has amazing widgets that make it one of the best options for cross-platform app development. The architecture is similar to react-native, but it allows programmers to develop an app on different platforms with a single codebase.

According to a survey from Statista, around 42% of developers and the numbers continue to rise. Join us and know about the top Flutter development plugins that boost your development initiative and feature more richness.

If you are planning to build a robust and cost-efficient platform, Flutter is the top choice for you. It does not need much investment and offers speed and performance similar to native apps. It enables you to assemble all the features into a comprehensible design for your app.

You can select from many tools to streamline your process of app development. It makes the coding part quick for the developers. Flutter has unmatched features that offer beautiful and natively compiled applications.

Must have tools to streamline Flutter Development

Codemagic is one of the most efficient and well-known tools that boost the process of app building when you use the Flutter framework. You don’t have to configure it before releasing your app in the market. It features an automation feature that helps developers automatically test the app they are working on. It reduces manual work labor and has support from the latest flutter tools while making the launch process simpler and straightforward.

Recently supernova introduced an assistance tool for Flutter that helps you build UI code and export them to Flutter for beautiful applications. With Supernova you can run the Flutter app simultaneously as the changes occur in real-time. You can import your Adobe XD or sketch file and supernova will provide you ample time. Choose Flutter as your export partner as it is going to change your UI design.

This is one of the most trusted tools used by developers. It helps you make personalized themes for the Flutter applications. You can customize your color, shape, and other properties as per the need and export it as a .dart file to Google drive.

If you are installing Flutter on your system, Panache will help you create customizable and appealing material and themes for your Flutter apps. It offers highly attractive theme creation along with a widget customization option.

Automation and testing control network traffic debugs the logs and video recordings and views the remote devices in operation to identify any glitches. It has different benefits listed below:

Test Magic is another mobile app that is free and used for distributing and testing iOS and Android beta releases. The tool helps install CI/CD and builds on the connected devices while deploying them easily. You can collect all the screenshots and review them for better app functioning.

Test Magic can be integrated with Codemagic and adds test devices and provision profiles that offer a better and managed iOS debugging build.

The tool allows the developers to use Visual studio code for version control, debugging, web apps, and running appropriate tasks. It was developed by Microsoft and offers free code editing for Linux, Windows, and macOS. The tool works in perfection with Python and C++ and is user-friendly.

Developers using the Flutter for app development prefer using Android Studio. It is another efficient IDE that helps build the most effective applications. It provides a syntax highlight process and other code completion features. Developers can run and create apps on Android devices while reducing the download time of Android studio.

Choosing us for Flutter App Development!

The above described are some of the most crucial tools of 2022. Flutter is known to enhance the value proposition of your development process and allows you to focus on your core business tasks. If you are looking forward to developing a Flutter mobile application, you are at the right place.