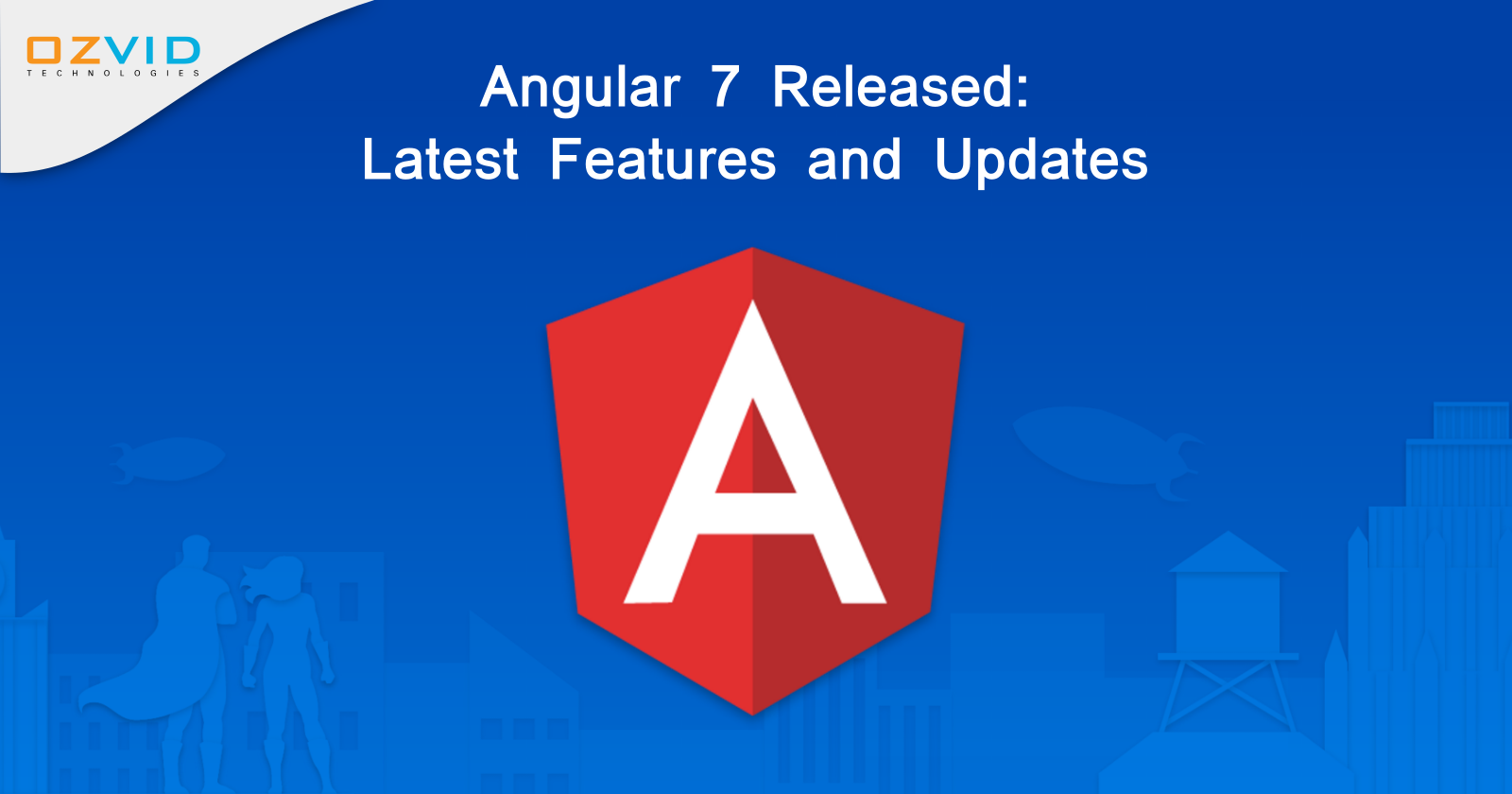 The wait is finally finished! Angular has released its latest version, Angular 7. Curious about its features and updates? We have got all the big details right here. Angular is without a doubt a standout amongst the most prevalent JavaScript frameworks used to build web and mobile applications. It was released by Google in 2010 and received a warm acknowledgment from the development community. Till date, six stable versions of the Angular framework are released.

The beta version of Angular 7 was released earlier this year, in August. Its stable version is finally released. So, let's find out what's new in Angular 7. In the following section, we discuss the new features and bug fixes/updates introduces in Angular 7:

CLI Prompts is added to Schematics, so any package publishing Schematics can take advantage of them by adding an x-prompt key to a Schematics collection. Furthermore, the CLI will now prompt clients when running normal commands like ng new or ng add @angular/material to help find built-in features like routing or SCSS support.

The Angular team has been constantly dealing with enhancing the guidelines and reference materials to serve the developers in a better way. The updates related to documentation on Angular is one such step including the reference material for the Angular CLI.

Virtual scrolling loads and unloads components from the DOM based on the visible parts of a list, making it possible to fabricate quick experiences for users with huge scrollable lists.

Drag and drop support is currently in the CDK and incorporates automatic rendering as the user moves items and helper methods for reordering lists and exchanging things between lists.

How to Update to Angular 7

Visit update.angular.io for detailed information and guidance on the best way to update your application. Early adopters of version 7 have announced that this update is quicker than ever, and numerous applications take less than 10 minutes to update.

Angular 7 seems to be a strong solution that focuses on modern technology trends. It is definitely going to provide developers with more power to develop applications. If you are planning on actualizing your very own web development solution, make sure you consider Angular 7.